4 MARKETING LESSONS WE CAN LEARN FROM THE SQUID GAME

Red light… Green light… The Squid Game fever is very much still here. Everybody loves a good movie and I am sure you must have watched the now-viral TV series ‘Squid Game’. Some folks have even seen it a couple of times. But I am not here to add to the hype, I am here to discuss the marketing lessons we can learn from the series.

It was created by Hwang Dong-Hyuk and filmed in Jeju Island in South Korea for five months. This movie has not only become the talk of the town but has also blown the movie charts.

It became the most-watched Netflix series ever shortly after its release with more than 111 million people having watched it around the world.

This moves it above everyone’s darling series, ‘Bridgeton’, which had a record-breaking 82 million watches in the first four weeks of its release.

By now almost everyone reading this must be familiar with the success story behind the series’ production itself. How the writer’s script was rejected by everyone until Netflix decided to take a gamble.

With only an investment of 21.4 million dollars, Netflix has managed to flip the numbers, gaining way more than their initial investments. According to Bloomberg data, the Korean drama has produced almost $900 million in “impact value”.

We have seen movies with higher budgets not charting close to the Squid Game. The question on the minds of many is how did Netflix do it? How did this low budget TV show manage to hit the top in such a short span?
We will need to discuss Netflix’s marketing genius at a later time. This article is about some marketing lessons from the squid game that any entrepreneur needs to know.
Let’s dive in.

Take A Gamble, Take A Risk

While most investors fear investing in risky areas lest they encounter losses, Netflix has always taken the path less followed. This time they won themselves a jackpot.

Many investors fear investing in foreign films because of their unpopularity among western viewers. Being ‘substandard’ is the fear.

The Squid Game script was constantly rejected for 10 years. That is not a great record. One might even consider such a script a laughing stock at some point.

Rejecting such a script would have been easy so why did Netflix invest in it? The answer is “a gamble”. A road less taken.

The writer’s story kind of reminds you of the struggle J.K. Rowling went through before her groundbreaking ‘Harry Porter’ series was finally published.

In any type of business, taking risks is mandatory but only when backed with careful planning and strategies.

Being a risk-taker is one of the core characteristics of an entrepreneur. It is basically trying your hand here and there but with carefully laid out plans.

The Squid Game script which was constantly rejected is now a success with over 111 million viewers and is still on the rise.

It is the first K-drama to rate as a Netflix top show in the US. It became a global hit and I’m sure companies that once rejected it must be wondering what if? Sucks to be them right now.

Well, success is not an overnight event. It is a series of carefully laid out plans with the foresight to take carefully measured risks.

We have an article on Black Friday Tips For Small Businesses

Word Of Mouth Is Key In Marketing

It is very easy to attribute the success of Squid Game to the marketing prowess of Netflix. But that would be taking the honour away from the millions of people that kept the show trending.

I, personally, only watched the TV show because people around me wouldn’t stop talking about it.
No matter how much you spend on a marketing campaign, if you can’t get people talking, you probably haven’t done your homework. Get back to the drawing board.

If you can evoke emotions in people, they will give your product or brand free marketing.

The series wasn’t at all what anyone expected and our curiosity became excitement and now we can’t stop talking about it.

The success of the squid world is basically from the millions of people talking about it on and off social media platforms.

People tend to trust what has been tested, trusted and recommended by others. Never underestimate the power of quality feedback.

Referrals are one of the least talked about forms of marketing. But maybe that is because it has been packaged as “affiliate marketing” in the digital world.

When it comes to movies, people will always follow the hype. The hype makes the difference.
In business, customer feedback can make or break your brand.

Don’t get me wrong, Hollywood deserves all the hype they get. But what Netflix has done so well is giving other movie industries a chance. Their strategy of targeting other local languages by creating movies and TV shows about them is top-notch.

Most investors think that the success of an investment is tied to ‘names and places.’ While this is true for some cases it is not always that way.

An entrepreneur should not only be flexible but should also be intelligent. This is the case for Netflix. Netflix looked hard at the numbers, crunched them up and voila! It was a success.

The cost of filming in South Korea is comparatively cheaper than in the US. Netflix used an ingenious plan by filming in Jeju Island in South Korea. As such the amounts invested amounted to only 21.4 million dollars in comparison to what they are receiving now.

TikTok is a Powerful Marketing Tool

Apparently, there is now a popular saying on the internet that “if you want to popularize your brand then TikTok is the way.”

The way we view marketing changed since the Covid-19 lockdown. TikTok became an extremely popular brand and their #challenges method of marketing seems to be a jackpot.

Away from the distraction of pictures and interruptive ads, TikTok has really taken the world by storm.

Ask me a few years ago if I can act and I will tell you that majority of folks are probably camera shy.

Ask me now and I will probably send you my TikTok handle. Who says you can’t get an Emmy hey?

TikTok has helped a creativity crazed generation take their talents to a whole new level.

With over a billion users, engagement figures on the platform are exceptionally high with users typically interacting with it as much as 45 times a day.

If you take a closer look into this, you will find that it is all a marketing strategy.

Celebrities and social media influencers such as Bryce Hall and Thalia have even participated in these challenges.

Affiliate Yourself With Popular & Trusted Brands

Numbers rarely lie. People don’t strive to become popular just for the fun of it. When you are popular and good at what you do, you hold a certain influence over your followers.

Perhaps one of the most underrated and less discussed aspects of the Squid Game marketing is the careful casting.

Some key casts of the TV show were already popular and have a wide following on social media. HoYeon Jung for example has more than 21 million Instagram followers. Although, the effect of the show’s popularity on this can’t be ignored.

From the actors to the models to the producers, they all had their own pulling power.

Moreover, Netflix is a powerful brand associated with producing the best hence instilling trust in people that the movie would be okay.

It’s hard to say if the series would have been as successful if it were relieved in any of the nine years that it got rejected.

Although, the TV series is a break from the copy and paste shows we’ve become accustomed to recently.

Better financed TV shows have flopped on launch, but the Squid Game with its little budget has surpassed all expectations. What made all these possible? Clever marketing strategy.

Spoiler Alert! With this much publicity, do you think Squid Game will have a season 2? We certainly think so. 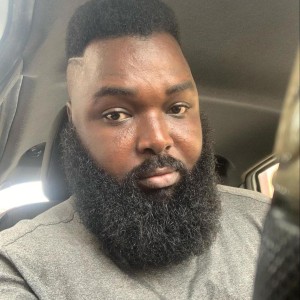 Kunle Mallami is a digital entrepreneur with expertise in website design, digital marketing, brand strategy and digital content writing. When he's not doing any of these, he will probably be on YouTube learning.

This site uses Akismet to reduce spam. Learn how your comment data is processed.

Catch Up On Business & Tech Round Up

Whats Next For Zenly after making social maps cool again

Cr8v Stacks is a digital agency that can transform your business with various digital solutions.